Comparison of Mesiodistal Width of Maxillary Anteriors with Arch Form in Various Malocclusions: A Retrospective Study

Aim: This study was conducted for evaluating and comparing the mesiodistal width of upper anteriors in different malocclusions and its relation with various arch forms.

Conclusion: The mean of anterior mesiodistal width for Angle’s class III individuals was 45.15 mm considerably less than that of class II subjects and class I subjects, which signifies that the tooth material was more in the anterior region of the subject of class I followed by class II and class III malocclusions.

Younger generation nowadays is very concerned about their appearance, attractiveness, and beauty. Face plays a key role in attractiveness of an individual.1 People perceive beauty by the size, arrangement, and appearance of anterior teeth in an individual.2 The term “tooth size” refers to the mesiodistal width of the tooth. Tooth size and tooth arrangement vary among different individuals and different populations. Orthodontic literature has also supported the point that the tooth size and arrangement show a significant relation between genetic and environmental factors.3 Heredity, diseases, abnormal or premature birth, developmental defects, bone growth and tooth eruption pattern, environmental influences, function, and ethnic background have a great influence on the size and shape of dental arches.4–6 Tooth size measurement is performed by using manual or digital method. Plaster models are used to visualize the shape and form of the arches and are also used for measuring the tooth size, as well as to provide the three-dimensional model of the patient’s occlusion.

It is observed that pattern of the supporting bone, perioral musculature force, and intraoral functional forces take part in the arch formation.7

Dental arch morphology has been described through different techniques starting from simple classification of arch shape8 by combination of linear dimension9,10 to compound mathematical equations.11,12 In 1932, the arch form concept was introduced by Chuck as square, ovoid, and tapered forms.13 Three types of arch forms can also be identified as narrow, normal, and wide clinically. Many researchers tried to identify the different shapes of the arch form with different malocclusions. The different malocclusions (classes I, II, and III) may also be the reason for changes in the relation to maxillary arch form and differences in its dimension.

This study was considered essential as it provides information regarding the relation of mean mesiodistal width of upper anteriors to Angle’s malocclusions and various arch forms.

This study was aimed to calculate the mean mesiodistal width of the maxillary anterior teeth and to evaluate its relation with the different malocclusions and arch forms.

The study comprised randomly selected 60 maxillary study models of different malocclusions who sought orthodontic treatment in the Department of Orthodontics, Teerthanker Mahaveer Dental College and Research Centre, Moradabad. The age group was 16–25 years, and the total duration for the study was 3 months. The sample was further divided into three groups on the basis of malocclusion (Angle’s class I, class II, and class III) comprising 20 individuals each. Each group was divided to have equal gender distribution.

The exclusion criteria were as follows:

Ethical clearance for the study was not needed as the study was retrospective in nature and done on the pretreatment collected orthodontic models of department. Models were not made solemnly for the purpose of study.

The measurement of mesiodistal tooth width was taken as described by Hunter and Priest. All measurements were done on the plaster pretreatment models of the patients. The beaks of the vernier caliper (aerospace 150 mm) were inserted from the facial surface of the anterior teeth and held perpendicular to the long axis of the tooth. The beaks were then closed to the contact point of the tooth, and the measurements were taken. The mean from descriptive measurements was calculated (Tables 1A to C), and the statistician analyzed the average mean of maxillary anteriors in all the three groups (Table 1D). After recording all the measurements of mesiodistal width of maxillary anterior teeth, their relation to arch form has been presented (Table 1E).

To evaluate the arch form, maxillary dental casts for all the subject were obtained. In a real-world scenario, an arch form is 2D, while a cast is 3D; to avoid any discrepancies arising as a result of dimensional difference, photocopy of cast was take on A3 size paper. 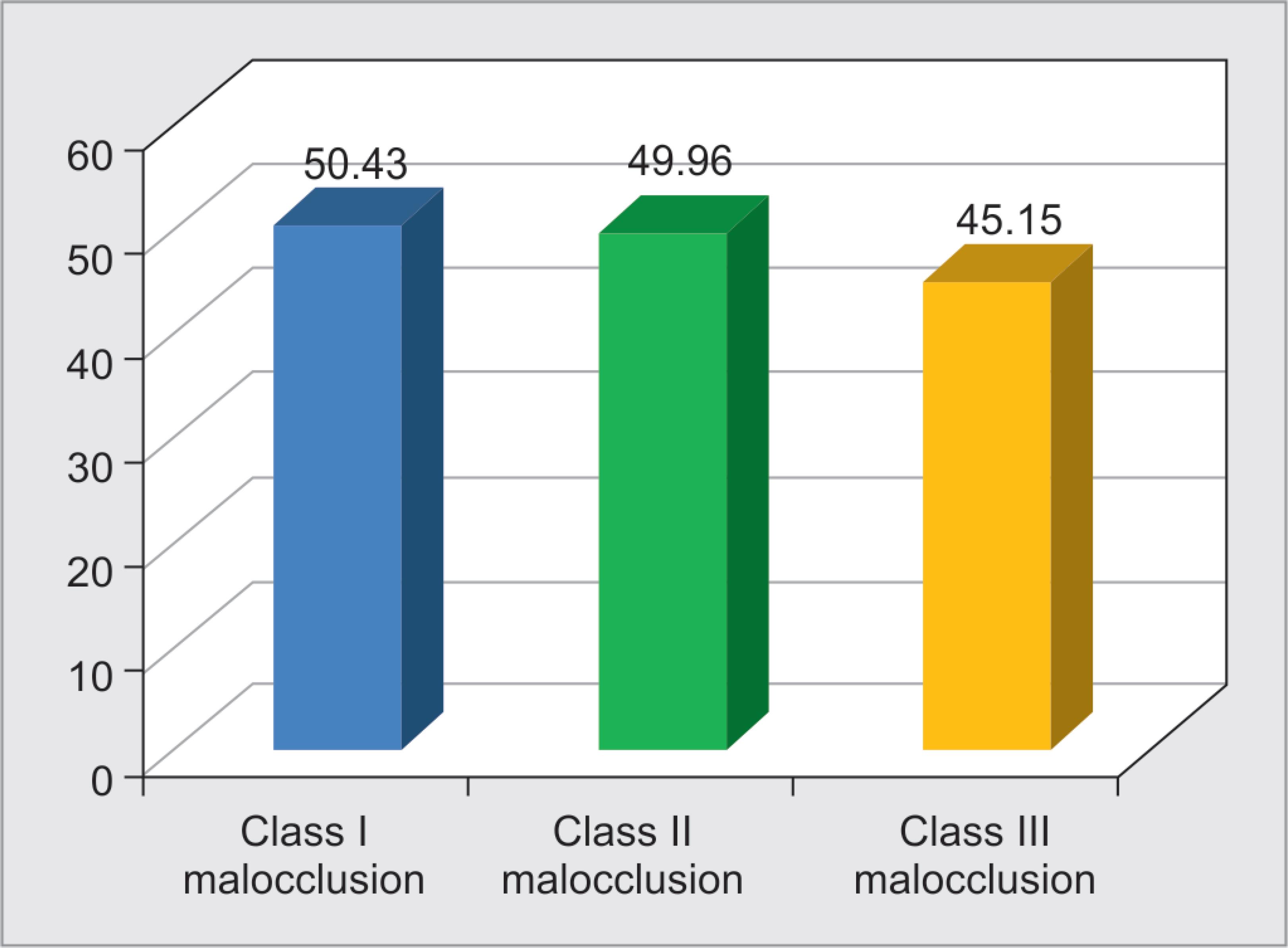 Fig. 1: Comparison between mean, mesiodistal width of maxillary anteriors in the three groups

After calculating the mesiodistal width of 60 samples, the least obtained mesiodistal width was 40 mm, while the highest was 57 mm; so, the difference between these two values was calculated to be 17 mm. The three groups, namely 40 to 45.6 mm, 46 to 51.3 mm, and 52 to 57 mm, were formulated by dividing the 17-mm difference equally.

The mean value of maxillary anterior was compared among the three groups of malocclusions using the one-way analysis of variance (ANOVA) test. Mesiodistal widths of maxillary anteriors in class I, class II, and class III were compared. The results were found to be significant. A p value of ≤0.05 was considered statistically significant (Table 2A).

The distribution of arch form was compared among various malocclusion groups (classes I, II, and III) using the Chi-square test. The p value was 0.003, which was found to be statistically significant (Fig. 2 and Table 2B). 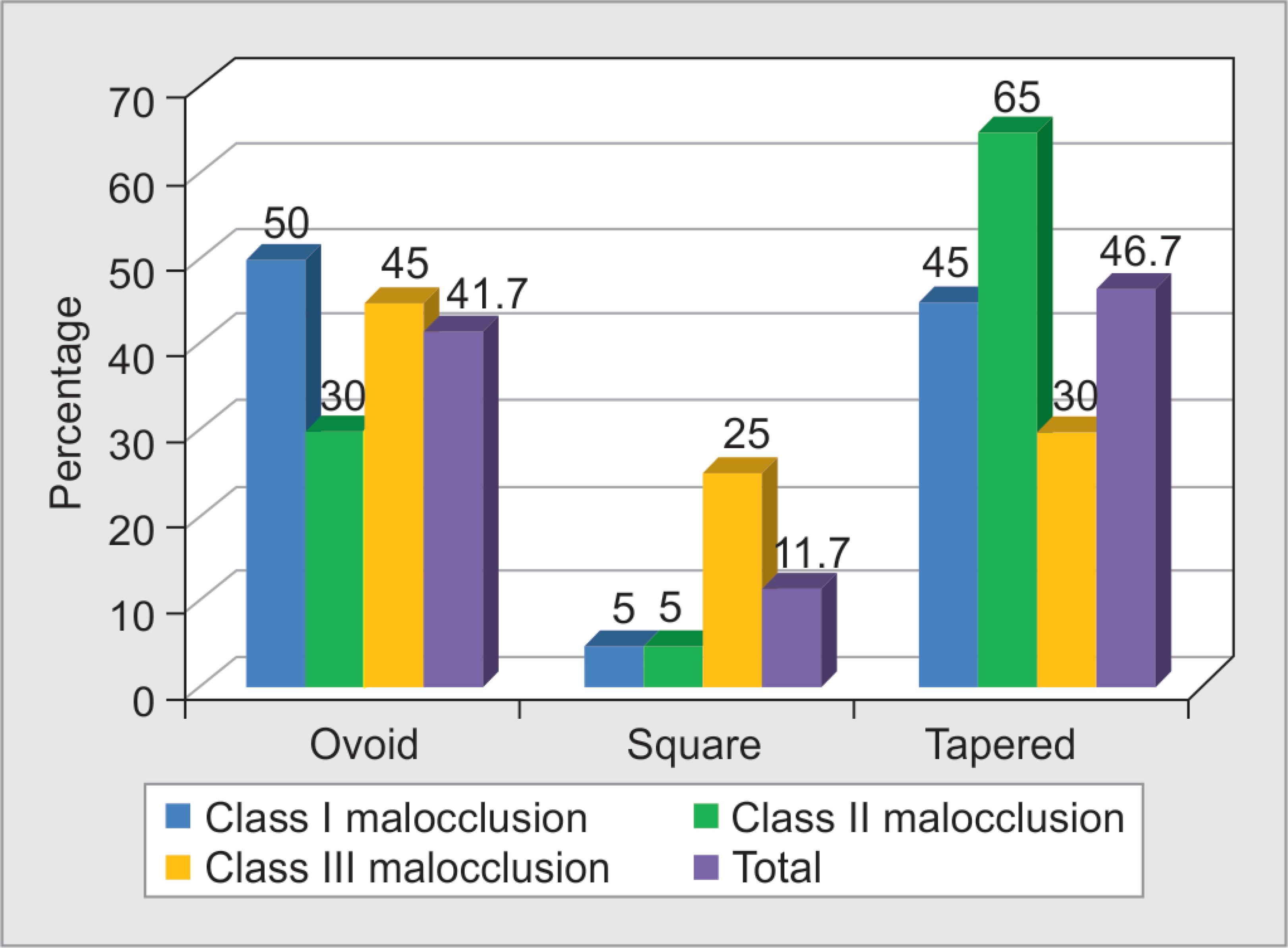 Fig. 2: Comparison of distribution of arch form and malocclusion (class I, class II, and class III)

The result of this study also showed the relation of anterior tooth size of the upper arch in different malocclusions with different arch forms by using 3M Unitek arch form template. The outcome revealed that the sum of the anterior mesiodistal tooth size of maxilla if present below the 45.7 mm showed a relation with the ovoid arch form, while the value more than 45.8 to 57 mm was in a relation with the tapered arch form in different malocclusions. 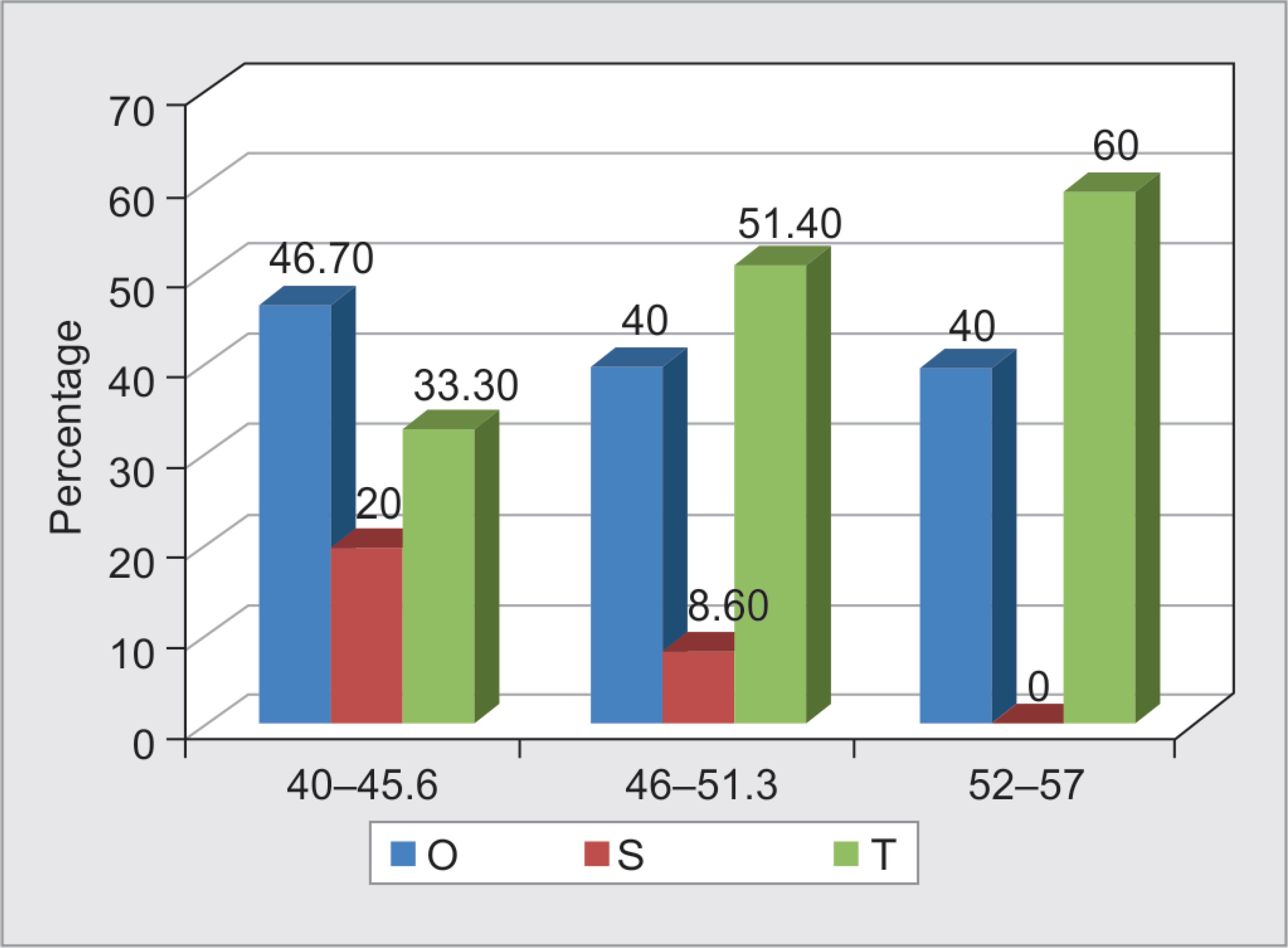 Fig. 3: Comparison in the variation of mode of the arch form among mesiodistal width from all the samples (T, tapered; O, ovoid; S, square)

The result of this study showed disagreement with Nie and Lin,14 Araujo and Souki,15 and Fattahi,16 who suggested that there are statistical differences in tooth size ratios among various groups. They reported that subjects with class III malocclusion always present with greater tooth size.

This study was also supported by Murshid.10

This study showed that for class III samples, the arrangement pattern square form was more when compared with the three groups. The findings of this study were supported by Kook et al.17

Data from this study revealed that there is a relation between arch form and various malocclusions. The most stable arch form has been ovoid because it was seen maximum in class I cases. Hence, while ending up a class II or class III case, the final arch form for the patient should be ovoid, as it is the most stable retentive arch form. Also, this study can be used by forensic teams while inspecting decayed dead bodies to evaluate the type of arch form and type of malocclusion of the deceased by obtaining the MD width of the upper anteriors.

Although age and gender were taken as the inclusion criteria for the sampling, this study does not provide any comparison or relation data between age and gender of the subjects studied. This study was solemnly carried out to relate the arch form and mesiodistal width of maxillary anterior teeth with the malocclusion.

Such studies should be carried out in different ethnic groups and population samples. The sample size should be increased, with gender specification and age specifications to obtain more significant results. Dental anomalies in tooth size, number, or shape and habit of the individuals should also be taken into measurement along with the mesiodistal and buccolingual proportion. The intra and interexaminer calibration should be developed to provide more reliable results. A digital intraoral scanner can be used to obtain the accurate arch form in all the malocclusion groups with gender specification.

2. Berksun S, Hasanreisoglu U, Gokdeniz B. Computer based evaluation of gender identification and morphologic classification of tooth face and arch form. Prosthet Dent 2002;88(6):58–584.