Aim: To analyze the impact of implant angulation and implant number on the dimensional accuracy of definitive casts.

Clinical significance: Dimensionally accurate implant impressions can be made by using an open tray technique for three implants angled up to 15°.

Major advancements have been made in the rehabilitation of patients with lost teeth. One of the most promising developments has been the treatment with root-form endosseous osseointegrated implants.1 Data from past literature quote a number of researchers who favor the long-term prognosis of the outcome of dental implants. Despite a high success rate of dental implant therapy (more than 97%), the occurrence of failure and complication in dental implant therapy is not uncommon. Most of these complications are due to a faulty surgical or a prosthodontic technique.2–5 Imprecise location of the dental implant in the primary cast leads to significant technical problems and makes it extremely difficult to construct an ideal-like prosthesis. As a result, a series of biomechanical complications can occur including screw loosening, loss of alveolar bone, and ceramic veneer fracture. These problems further predispose to enhanced stress-related problems at dental implant–bone-related interface or within the prosthetic component. Several factors affect the accuracy and precision of the master cast. This includes impression technique, tray type used for impression making, dental stone manipulation technique, and compatibility of the cast with impression material. Any deviation from the above-mentioned parameters could create an inevitable error. Placement of several implants in a single patient with dissimilar angulations could create distortional changes of the impression material while retrieval.1–3

The location of dental implants is detailed and relocated on a working stone cast with the purpose of developing implant-supported prosthesis. The accurate transfer of each implant location is of utmost necessity for the precision in design and fit of implant-supported prosthesis. The major objective of fabricating implant-supported restorations is the production of superstructures that exhibit passive fit when connected to multiple abutments.2 Imprecise superstructure fit leads to differential consequences that interrupt the utility of dental implants.3–6 One of the main requirements for obtaining a passive fit is the making of an accurate impression.7 Two basic impression techniques are commonly used for the transfer of implant positions from an intraoral situation to a working cast: the open tray technique and the closed tray technique.8 The technique of open tray encompasses implant fastening to an impression handling with a screw and through impression tray’s opening cut. After setting off the material, the screw is released and detachment of the tray is done along with retention of coping inside the impression.7 In the closed tray technique, detachment of the tray does not occur after the removal of impression.6,7 The main purpose of a multi-implant impression is to record and transfer the relationship between implant abutments and implants and to reproduce this relationship as accurately as possible.7–9 Hence, the present study was undertaken for assessing the impact of implant angulation and implant number on the dimensional precision of implant definitive casts. 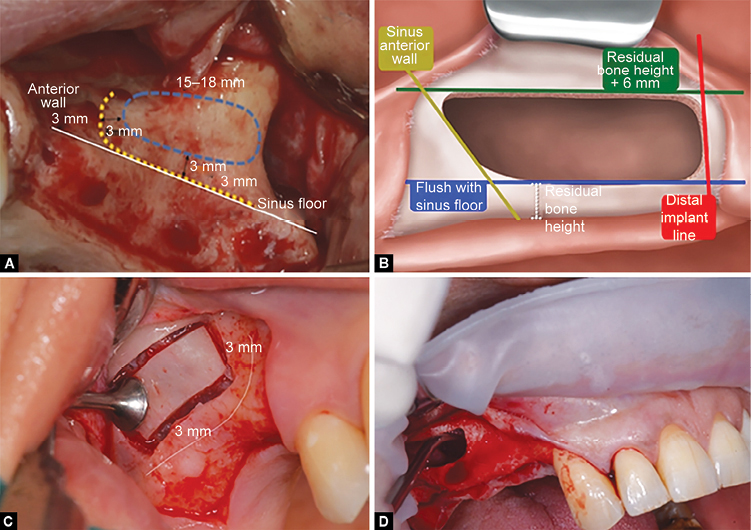 Figs 1A to D: (A) Mold; (B) Schematic representation of the placement of implant analogs in a triangular pattern; (C) Holes punched in the cast; (D) Definitive casts

A plane was created on all of the definitive casts with three implants (implant no. 1, 2, and 3) placed in a triangular pattern (Fig. 1B). The distance between implant numbers 1 and 2 was 11 mm, between 2 and 3 was 11 mm, and between 3 and 1 was 15 mm. Three points (each of diameter 1.6 mm and depth 0.5 mm) were punched at three widely separated points on the base of the cast each at a distance of 2 mm from the outer surface of the cast (Fig. 1C). The holes were plunged cut in the casts by holding in a vertical milling machine (Mikron, Switzerland). The holes matched the diameter and the depth of the implant analogs (10 × 3.75 mm, Life Care Devices Pvt. Ltd.,) and degree of convergence or divergence of implant no. 1 and 3 from the center implant (implant no. 2—perpendicular to the cast base in all seven definitive casts).

The holes for these implants were milled at 5°, 10°, and 15° of divergence or convergence as per the following groups (Fig. 1D):

Group 1 (control group): All three implants are perpendicular to the plane of the cast.

Group 2: Implant numbers 1 and 3 are at 5° convergence to the center implant (implant number 2).

Group 3: Implant numbers 1 and 3 are at 5° divergence to the center implant (implant number 2).

Group 4: Implant numbers 1 and 3 are at 10° convergence to the center implant (implant number 2).

Group 5: Implant numbers 1 and 3 are at 10° divergence to the center implant (implant number 2).

Group 6: Implant numbers 1 and 3 are at 15° convergence to the center implant (implant number 2).

Group 7: Implant numbers 1 and 3 are at 15° divergence to the center implant (implant number 2).

Implant analogs were secured in all definitive casts with cyanoacrylate.

The trays were polymerized in the ultraviolet (UV) light cure unit (LiWa Light; Fig. 2A), trimmed, and finished. Placement of three open tray impression copings (Life Care Devices Pvt. Ltd.) was done on the three implants for transferring angulation and position of implant analogs. The copings engaged the hex and were tightened with a hex driver (Life Care Devices Pvt. Ltd.). 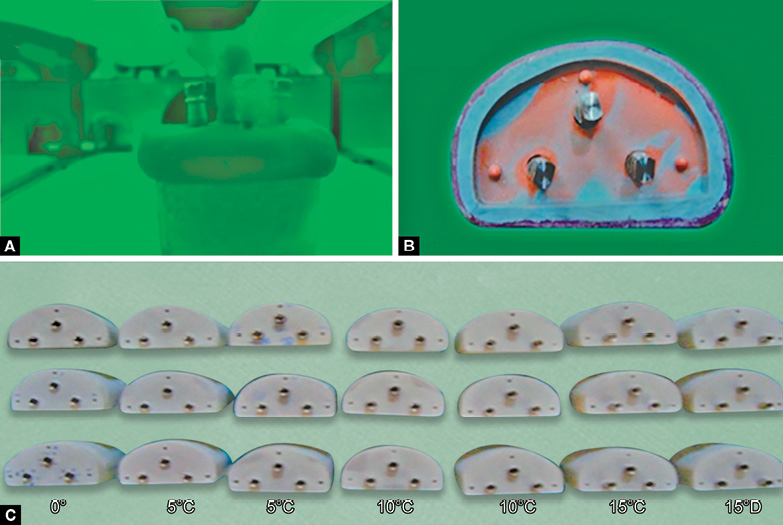 Figs 2A to C: (A) Impression tray being cured in the UV light cure unit (LiWa Light); (B) Final impression with the analogs attached to the impression copings; (C) Duplicate casts

The guide pins were loosened and separation of the impression from the casts was done. The separated casts were trimmed and labeled for analysis (Fig. 2C). 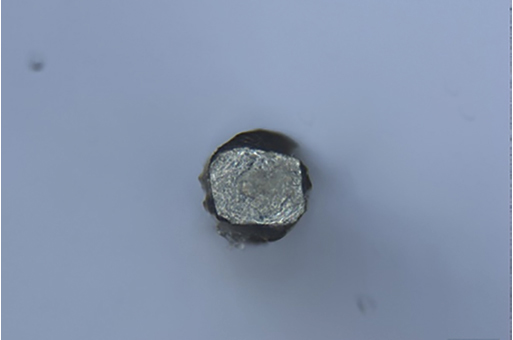 Fig. 3: Coordinates being measured on the cast

Fig. 4: Graphical representation of scanning of the cast by coordinate-measuring machine

Repeated measures analysis of variance (p = 0.05) was the primary analysis. The duplicate cast was the “subject.”

Implant number and the interaction with angulation of implant were the “within-subject” fixed effects.

The term passive fit, with regard to the relationship of a prosthetic superstructure to its underlying implant abutments, appears with increasing regularity in the literature. As yet, no definition or parameters have been established as to what constitutes a passive fit. The task is to create as accurate a fit as is clinically possible to avoid bone strain resulting from uncontrolled loading of the implants through the superstructure.9–11

The accuracy of a master cast for treatment utilizing implants is of paramount importance. Any dimensional inaccuracy in this process will lead to a compromised result and possibly treatment failure. Therefore, the impression technique is critical stage in this process.12

Vigolo et al. found that direct splinted technique with acrylic splinting had better results than indirect technique or the nonsplinted direct techniques.21 Phillips and Inturregui suggested that the direct nonsplinted technique had better results because resin shrinkage due to polymerization can cause distortion.12,20 De La Cruz et al. reported that the accuracy provided by verification jigs was not significantly superior to standard impression procedures.22

Many studies have shown that elastomeric impression materials, especially addition silicone and polyether, are most indicated for transfer impression procedures due to their increased linear stability, lower residual shrinkage during storage, greater rigidity, and lack of rotation resistance of coping inside the impression, leading to a more accurate cast.23,24

So in the present study, one-step putty-wash method was used with the addition of silicone putty and light body impression materials. Custom trays have been shown to produce more accurate implant-fixture level impressions than stock trays.26 Also, it has been shown that different thicknesses of elastomeric impression material can reduce accuracy, as the impression could shrink away from the impression specimen because of the material preferentially adhering to the tray rather than the specimen.

Jemt and Book reported in their study that a certain biologic tolerance for a misfit may be present.28 The degree of misfit reported in the study was clinically acceptable with regard to observed marginal bone loss.

This is in agreement with the studies conducted by Conrad et al. and Choi et al. who also reported accurate stability of open tray impressions with angulated implants.9,29 The study carried by Conrad et al. evaluated the accuracy of two implant–level impression techniques (direct nonsplinted and splinted). They concluded that the accuracy of implant-level impressions for internal-connection implant restorations was similar for the direct nonsplinted and splinted techniques in settings with divergence up to 8°.29

Our results were, however, in discordance with the results obtained in the study conducted by Assuncao et al. who also evaluated the accuracy of the transfer process under variable conditions with regard to implant analog angulations—90°, 80°, 75°, and 65° and different impression materials. It was concluded that the more perpendicular the implant analog angulation was in relation to the horizontal surface, the more accurate the impression was.23 The use of meticulous and accurate implant prosthodontic procedures is recommended as a means to attain the best possible fit of the implant prosthesis to the intraoral abutments.9

The results of the present study hold good for three implants angled up to 15°. It may not be as relevant for implant impressions having a lesser or more number of implants.

The final clinical goal is to manufacture an implant superstructure which divulges no stress on a completely seated dental implant.30