Dental implants are commonly used for the replacement of missing teeth. During the initial stage of healing after dental implant placement, it should be secured from unfavorable micromovements. As per the literature, this micromovement influences the osseointegration process. When micromovement exceeds threshold values of 50 and 150 µm, there is a higher chance of colonization of fibroblasts at the bone–implant interface, thus causing implant failure. In such conditions, the role of initial dental implant stability is important for a better outcome. These data of implant stability are useful in evaluating the time period required for complete healing around implant. This ensures treatment safety and decreases the overall treatment period. Various noninvasive techniques have been suggested to assess the implant stability, such as dental fine tester, periotest and implatest conventional impulse test, and resonance frequency analysis (RFA) and implant insertion torque (IT) measurements.1

Implant stability is used to measure the absence of clinical mobility of an implant, which is necessary for osseointegration. It can be attained by primary and secondary stabilities. The primary implant stability at the time of surgery is regulated by the surgical technique, bone density, and implant design. Secondary stability is based on bone development and remodeling at the implant–bone boundary and is prejudiced by the wound healing period. It has been stated that resonance frequency analysis (RFA) is a clinically valid and dependable technique to measure implant stability.2

Bone density determines the force required for dental implant insertion in bone. Other factors like size of the orifice and compressive stresses generated at the junction of dental implant and bone can affect the force.4 Thus the stability of the dental implant is greatly affected by compression stresses. It is mentioned in previous data that higher forces lead to bone ischemia and necrosis at the implant–tissue interface. Lower forces result in improved stability of the implant. Better osseointegration may result from selecting appropriate dental implants that comprise of correct implant size selection such as width and height.5

Continuous monitoring is the new concept of assessing implant stability which has replaced the old idea of microscopic or histologic analysis.6 In this study, we evaluated and compared the implant stability and torque insertion of two different implant macrogeometry in different bone densities quotient using resonance frequency analysis.

The present experimental study was done in the department of Prosthodontics. In this in vitro study, we used 2 × 2 × 13 cm of four bone blocks of dense inflexible polyurethane foam of thickness 1, 2, and 3 mm and the fourth is completely cortical block. Since the 0.31 g/cm³ is the average bone mineral density for the posterior maxilla and 0.55 g/cm³ for the maxillary anterior area, hence 0.48 g/ m³ bone density polyurethane foam blocks were selected. Short fiber-filled epoxy sheets were involved as a cortical bone substitute. Two designs of the implant were as follows; the first one had trapezoidal threads having morse taper connection and a cervical portion with one millimeter of plane alignment (regular) and the second implant had similar characteristics plus healing chambers in the threads (new).

Surface treatment was given with a blasting process plus acid conditioning. Following this, blasting with titanium dioxide (TiO2) microparticles having 45 to 110 µm size was done. Final conditioning was performed with a solution of maleic acid proceeded by washing with water.

All of the osteotomies were performed with a tender surgical method using a bench drill with a force of 20 N having 1000 rpm speed with external abundant cooling. Following this, all implants were installed with a computed torquimeter machine.

Measurements of IT and RT

While connection, the peak IT was calculated for all tested implants, following the final seating of the fixtures using the Osstell Mentor (Osstell, Göteborg, Sweden). Each implant stability was measured in ISQ units. The RF values were symbolized in the ISQ in a scale from 1 to 100 and were averaged for each implant. Each measurement was performed up to four times and average of it was taken as final value.6 The torque reduction (TR) percentage was calculated as TR = insertion torque (IT)/removal torque (RT) = 100%/X.

Data were tabulated and entered in MS excel sheet for inference using SPSS version (21.0). Results were interpreted as mean and standard deviations. p value lower to 0.05 was deliberated substantial. 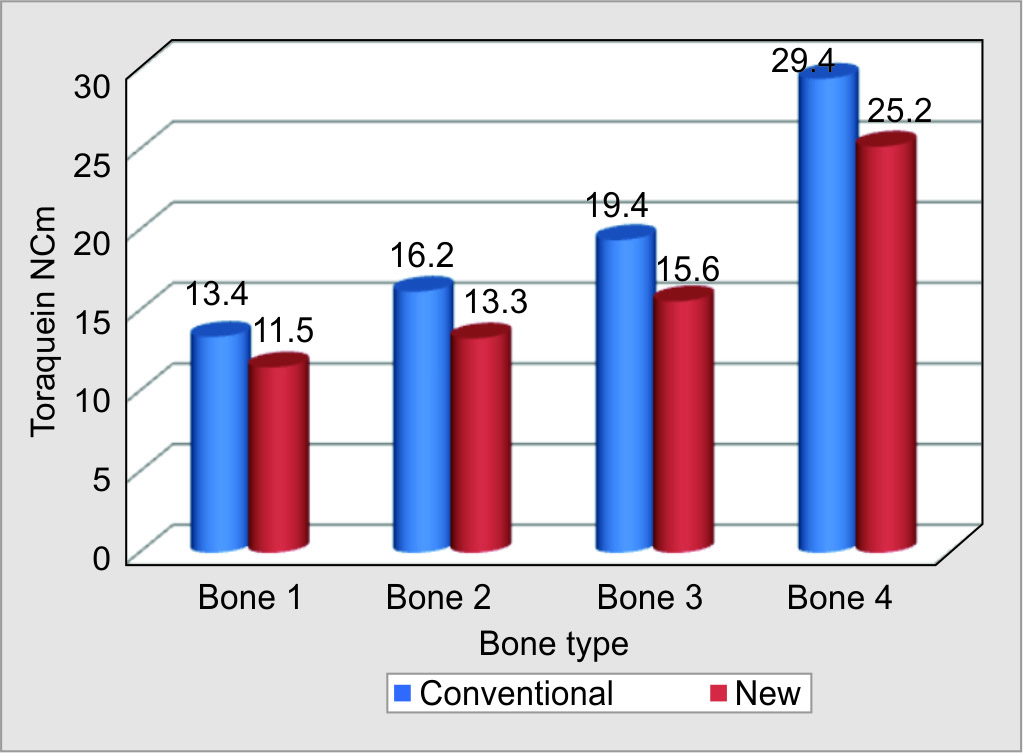 Table 6 shows that there was no correlation existed between torque insertion and stability (ISQ) values in all groups.

Surface treatment of dental implants significantly enhances the chances of success. Titanium dioxide is widely used for this purpose.7 We evaluated and compared the IT and the implant stability of two different implant macrogeometry, i.e., regular and new in different bone densities quotient using resonance frequency analysis.

Jimbo et al.8 suggested that new macrogeometry increases the osseointegration. We used new macrogeometry implants having healing chambers. This design helped in decompression of bone by creating spaces. This is helpful in obtaining better implant stability.

Gehrke et al. assessed the RT, IT, and the stability of implant using RFA in dissimilar polyurethane block masses of two implant macrogeometries. Authors found nonsignificant differences (p > 0.05) in ISQ values in all bone models. It was 57.7 ± 3.0 in bone type 1, 58.6 ± 2.2 in bone 2, 60.6 ± 2.3 in bone 3, and 68.5 ± 2.8 in bone 4. Regular macrogeometry implant exhibited higher values of IT compared to new implant macrogeometry without disturbing the values of implant stability. They concluded that primary stability depends on both bone quality and IT.9 This is in accordance to our findings.

Implant stability may be decided by means of RFA method with Osstell Mentor. This is simple and precise chair side portable, hand-held diagnostic device, commonly used in clinical practice to assess impeding failure and to measure implant stability. Using this method data can be recorded. It works on the magnetic frequencies. RFA is a clinical technique which can quantitatively evaluate primary implant stability so as to recognize implants with little stability and to take precautions to develop it to choose on healing method (one stage or two stages), to adopt for suitability of instant/early loading, and to decide healing time before loading.2 Sennerby et al. stated in their review article that the RFA method can be used at any stage of implant treatment as supplementary parameter to upkeep conclusion-making.10 Gehrke et al. found RFA as an effective noninvasive method to evaluate implant stability.9 Similarly Kanth et al.,2 Satwalekar et al.,11 and Bafijari et al.12 stated that RFA is non-invasive, reliable clinically, user-friendly method which has repeatability, reproducibility, and reliable for identifying risk of implant failure and implant stability during early healing.

We found that significant difference in IT value in all bone types for all groups. Acil et al.13 found that macrogeometry, such as design and topography, affects the interaction between dental implants and bone. It is also mentioned that surface treatment of dental implants can determine the implant stability.

We found that RT value was comparatively higher in bones 3 and 4 as compared to bones 1 and 2 in all groups. We observed that RT values were 45.2% smaller than the torque insertion for the groups with normal macrogeometry (groups A and B). It is due to the fact that there is decrease in stress on bone because of availability of decompression chambers. As reported by Ahn et al.,14 limited viscoelastic possessions of the neighboring artificial bone outcomes in the variance between torque insertion and torque removal. This leads to less resistance during removal. Less viscosity was seen in bone 4 whereas more viscous was seen in bone 3 having greater TR.

In our study, it was evident that TR percentage was 52% in groups A and B and 40% in groups C and D in type 1 bone. In type 2 bone, it was 54% and 46% among A, B, C, and D groups correspondingly. In contrast to our results, Gedrange et al. suggested that various surface treatments of dental implants may not always be detected by RFA and this technique has low sensitivity. The value of resonance frequency is affected by both the level of the bone surrounding the fixture and the stiffness of the interface between implant and bone.15

In present study, we did not find correlation between torque insertion and stability (ISQ) scores in all groups. Our results are in association with various studies which mentioned that the higher bone density scores produce a higher option of decreasing the initial torque calculated by the viscosity of tissue.16,17

The limitation of the study is small sample size and it has not compared the other noninvasive technique to check implant stability and the study was in vitro evaluation. Further clinical studies are in need for to evaluate the accuracy of RFA, torque value, and implant stability.

Low IT of new implant types is useful to reduce failure as compared to regular implant macrogeometry. There was no association between insertion torque and stability of implant. With respect to clinical relevance, calculation of insertion torque score helps in implant placement and to reduces the risk of implant failure. Higher bone density scores produce a higher option of decreasing the initial torque. Future prospects should be directed for resonance frequency analysis since it is reliable, simple device used for assessment of dental implant stability. Large scale studies are required to substantiate further utility.