Association between Parity and Dental Caries Experience among US Women: Findings from the National Health and Nutrition Examination Survey

Aim and objective: This study aims to investigate the association between parity and dental caries among US women.

Conclusion: Our results suggest that higher parity can be associated with dental caries experience among US women of reproductive age.

Clinical significance: Clinicians should be aware of this finding to promote better oral health care and education among women with increased parity.

Women’s oral health is an essential component of their general health and should be maintained during and beyond their reproductive lifespan.1 One of the most frequent oral health problems is dental caries that affects approximately one-fourth of women of childbearing age.2 Dental caries has several negative consequences on women’s life since it results in pain and infection, affects their overall life quality, and increases their children risk of developing dental caries.3,4

Pregnancy might increase women’s risk of developing dental caries for several reasons, including increased mouth acidity due to repeated vomiting, craving for sugary food, and avoidance of oral hygiene practice due to nausea and exhaustion.5 Furthermore, during pregnancy, women undergo several physiological, emotional, and psychological changes. Many of these changes are the result of hormonal influences of progesterone and estrogens that continue to rise throughout the course of pregnancy.6 These hormonal changes can lead to several oral changes. Scientific evidence supports the role of hormones on periodontal health during pregnancy.7,8 However, only a few studies with conflicting evidence have been conducted to assess the effects of pregnancy on dental caries.9–11

A study by Onyejaka et al. investigated the association between the compound effect of multiple pregnancies and dental caries among a sample of 408 Nigerian women aged 15-52. The findings of this research indicated there was no significant association between increased parity and dental caries experience (p = 0.33).9 In another study, Ueno et al. investigated the same association among 1,211 Japanese women aged 55-75 years. This study found that parity was not significantly related to the number of decayed (p = 0.75) or filled teeth (p = 0.96)10

To our knowledge, only one study attempted to investigate the relationship between parity and dental caries in the United States, using data from the third National Health and Nutrition Examination Survey (NHANES III, 1988-1994).11 This research revealed that women (n = 2,635, 18-64 years old) with increased parity had a significantly higher number of untreated decayed surfaces in comparison to those with lower parity, regardless of socioeconomic status (SES), race, and age. However, this finding cannot be generalized to US women because their sample was only limited to the non-Hispanic white and black women.11 More research is needed to investigate the parity-dental caries relationship among different ethnic or cultural groups in the United States.

The goal of this research was to examine the effect of parity on dental caries experience among US women from various ethnic backgrounds using national representative data from NHANES 2001-2004.

The data were analyzed from NHANES, an ongoing, multistage sample survey used to monitor the health and nutritional status of noninstitutionalized civilian population residing in the 50 states and District of Columbia.12 Geographical areas containing a high percentage of African American and Mexican American respondents were oversampled, allowing for the examination of racial and ethnic differences. NHANES included a home interview and a visit to a Mobile Examination Center where laboratory and examination data were obtained. The interviews consisted of demographic, socioeconomic, dietary, and health-related questions. The examination component consisted of medical, dental, physiological measurements, as well as laboratory tests. The survey protocols were approved by the CDC Ethics Review Board, and documented consent was obtained from all survey participants.12

For this secondary analysis of publicly available, de-identified data, the Institutional Review Board of Boston Medical Center reviewed the study protocol and determined that this study is to be exempt.

To have an adequate sample size, this study pooled the data across 4 years from NHANES 2001-2002, and 2003-2004. In the NHANES 2001-2004, a total of 10,860 women were interviewed. Of those, 10,291 women were examined. This analysis included 20-45-year-old women (childbearing age) who reported at least one pregnancy resulted in live births or more, were not missing SES data, retained at least one tooth, and participated in the oral health examination. Finally, 1,914 women met the inclusion and exclusion criteria.

SAS software version 9.1 (SAS Institute Inc., Cary, North Carolina, United States) was used for the statistical analyses. The survey procedures (e.g., SURVEYFREQ, SURVEYMEANS, and SURVEYREG) were used to account for NHANES’s complex, multistage, probability sampling design to ensure representativeness of the civilian, noninstitutionalized U.S. population. Individual weights were used to account for non-equal probability of selection, and cluster and strata weights to account for the complex sample design. Descriptive analyses were conducted using PROC SURVEYMEANS and PROC SURVEYFREQ. To examine whether parity levels and other background variables were associated with participants’ mean DMFT score, bivariate analysis was conducted using simple linear regression. Variables found significant from bivariate models or reported to be key determinants for dental caries in the literature were considered for entry into the final multiple linear regression model. All regression models were run using the SAS SURVEYREG command. The significance level was defined at two-tailed alpha <0.05 (Fig. 1).

Background characteristics of the study sample, which included 1,914 women, are shown in Table 1. The mean age of women in this sample was approximately 35 years. The majority of the participants were from the middle socioeconomic strata (36.9%), had more than high school education (54.6%), were married (65.3%), and employed (66.7%) at the time of the survey. In terms of the sample’s race/ethnicity, 68.1% were non-Hispanic whites, 15.7% were non-Hispanic blacks, and 16.3% were Hispanics. Around one-quarter (26.3%) of the study sample had one pregnancy that resulted in a live birth, 39.5% had two pregnancies, and 34.2% of them had three or more pregnancies. The mean ± SE total DMFT score of the study sample was 8.7 ± 0.2.

The bivariate association between parity level and mean DMFT is presented in Fig. 1. A linear relationship between parity status categories and dental caries experience was observed in our sample. Women with higher parity levels had significantly higher dental caries experience compared to those with lower parity (p = 0.007). The mean ± SE DMFT score among those who were pregnant one, two, and three times or more was 7.6 ± 0.25, 8.7 ± 0.25, and 9.4 ± 0.39, respectively. 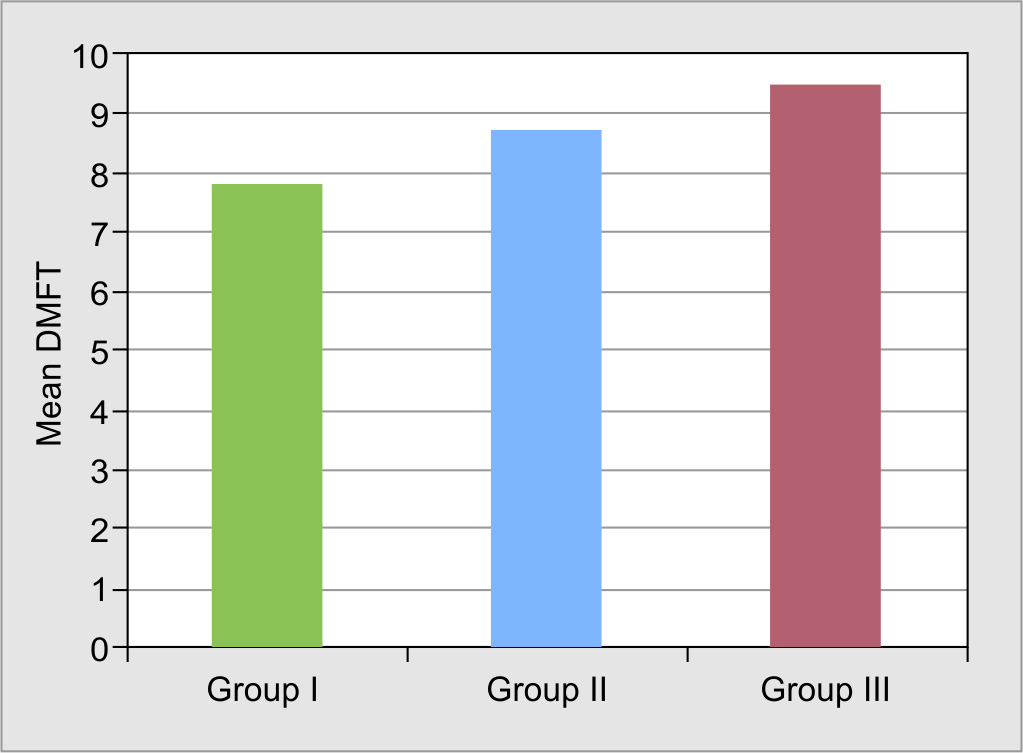 Table 3 presents the multivariate association between caries experience and parity level among US women. This association was analyzed using a linear regression model. The final model was adjusted for age, education, poverty index, dental visits, and dental insurance. The overall model was statistically significant (p <0.0001). Around 15% of the variability in the total DMFT scores can be explained by the model (R2 = 0.153).

In this study of analyzing a national representative sample, we found that increasing parity was associated with an increase in dental caries experience among US women of reproductive age. This association was present after adjustment for several demographic and oral health-related variables. The association between parity and dental caries was stronger than other well- known risk factors of dental caries, such as SES, education, and dental visits frequency.

Our findings are in contrast to the reported findings of Ueno et al. study10 who found no effect of parity on the number of decayed or filled teeth among samples of 649 Japanese women. This study found that parity was only associated with the number of teeth present and functional tooth units of natural teeth. The lack of the relationship between dental caries and parity in that study might be related to low caries among women in this sample due to national health insurance system in Japan.10

On the contrary, our results are in agreement with a study by Russell et al.11 in which they investigated the association between parity and dental caries among US women using data from NHANES III. This study demonstrated that women with the highest parity levels had more untreated decay compared to women of lower parity.11 However, their findings cannot be generalized to US women for two reasons. First, they did not use the sampling weights supplied by NHANES. Second, their sample was only limited to non-Hispanic black and non-Hispanic white women. In our study, we found that parity was associated with dental caries among US women from different ethnic background, including non-Hispanic blacks, non-Hispanic whites, and Hispanics. Furthermore, all our analyses were weighted, which makes our findings more generalizable to US women.

The common belief that the fetus absorbs calcium from the mother’s teeth and subsequently makes them weaker and more susceptible to dental caries is widely existing. However, there is no scientific evidence supporting this belief.14,15 Several biological mechanisms that explain the relationship between caries experience and parity have been proposed. Fluctuations of pregnancy hormones can increase oral vasculature permeability and decrease host immunocompetence16 These alterations create a perfect habitat for bacteria to proliferate, increasing the risk of dental caries.17 Additionally, throughout pregnancy, the mouth is more frequently exposed to stomach acids that may lower the PH of the oral cavity. In the first trimester of pregnancy, morning sickness is particularly prevalent; later in pregnancy, the upward pressure from the growing uterus can produce or aggravate acid reflux18 Also, during pregnancy, women reported to have increased craving for sugary food and might try to avoid brushing and flossing due to nausea, exhaustion, and concern about gingival bleeding caused by gingivitis.5

Other than biological changes, pregnancy and maternity may change the pattern of dental service utilization. During pregnancy, many women do not seek dental care. Even when an oral disease develops, less than half of pregnant women in the United States visit a dentist.19 There are several barriers to oral health service utilization among pregnant women including lack of national treatment guidelines for pregnancy-related oral health problems, inadequate dental insurance, and concerns for fetal safety during dental treatment that might affect dentists’ attitudes and behavior when treating pregnant women18 As a result, pregnant women who are at a greater risk of developing oral conditions are less likely to obtain treatment. Even after childbirth, mothers who have many children may have difficulties getting dental treatment due to time (i.e., childcare) or financial issues.20

The main strength of this study is its generalizability to US women and relatively larger sample size. It is the first large, national representative study investigating the association between parity and dental caries experience among women from a different ethnic background, including non-Hispanic whites, non-Hispanic blacks, and Hispanics in the United States. Additionally, NHANES is a rich data source that contains information about sociodemographic data, reproductive health data, and full dental examination data, which allowed us to conduct this analysis while controlling for many possible confounders.

Our study is limited by the cross-sectional nature of the data that only allow conclusions about associations, and not cause and effect, between parity and dental caries. Future studies should employ more retrospective cohort and/or case-control designs. Another limitation of this study is that there are some factors that may have led to the underestimation of dental caries prevalence. For example, X-rays were not taken for the teeth; therefore, we may have underestimated DMFT by not measuring untreated caries in proximal surfaces. Also, no data were collected for caries in the third molars, so any disease present on those teeth was automatically missed.

In summary, among this US representative sample of women, we found that higher parity was independently associated with increased dental caries experience. This finding emphasizes the need for public health programs to be aimed at pregnant women, and mothers with small children, in order to narrow the discrepancy in parity-related oral health problems.

Furthermore, health professionals (e.g., dentists, physician, and OB/GYN) need to be aware of the impact of pregnancy and parity on women’s oral health. During pregnancy, women should be provided with proper oral hygiene instructions, oral health assessment, and necessary dental treatment. Health professionals should emphasize and provide relevant educational information to pregnant women that most of the dental treatments, such as restorations, endodontic treatments, and extractions, are considered to be safe during pregnancy.18

Authors would like to thank Dr Tarek Elmajie for his guidance through the statistical analysis of this project.